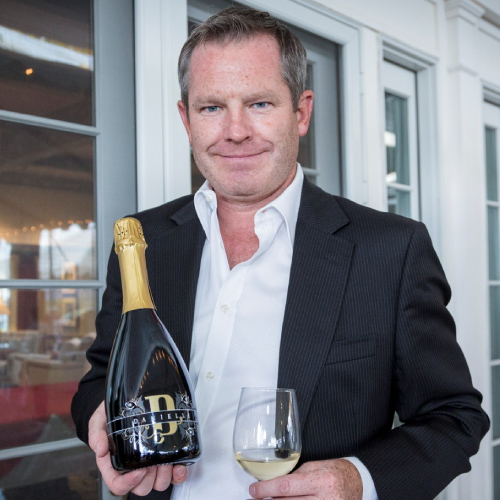 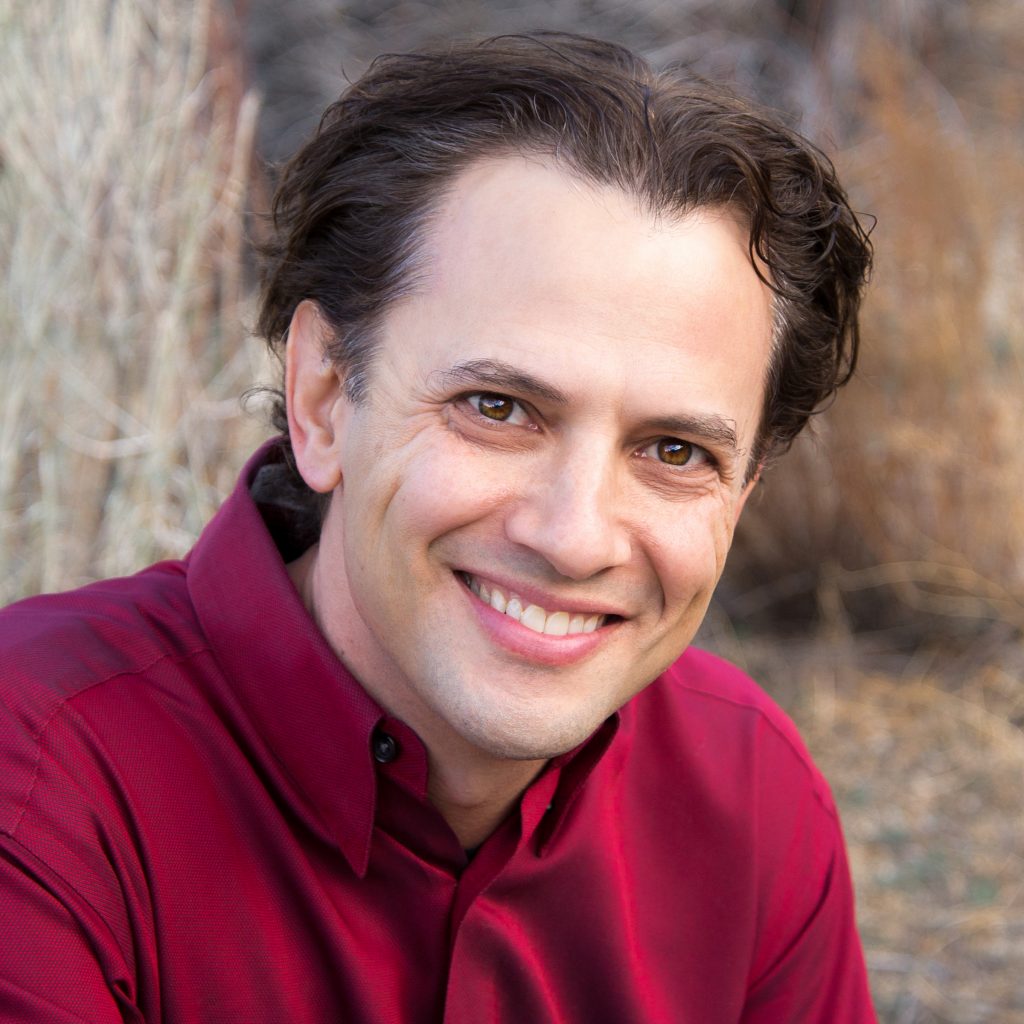 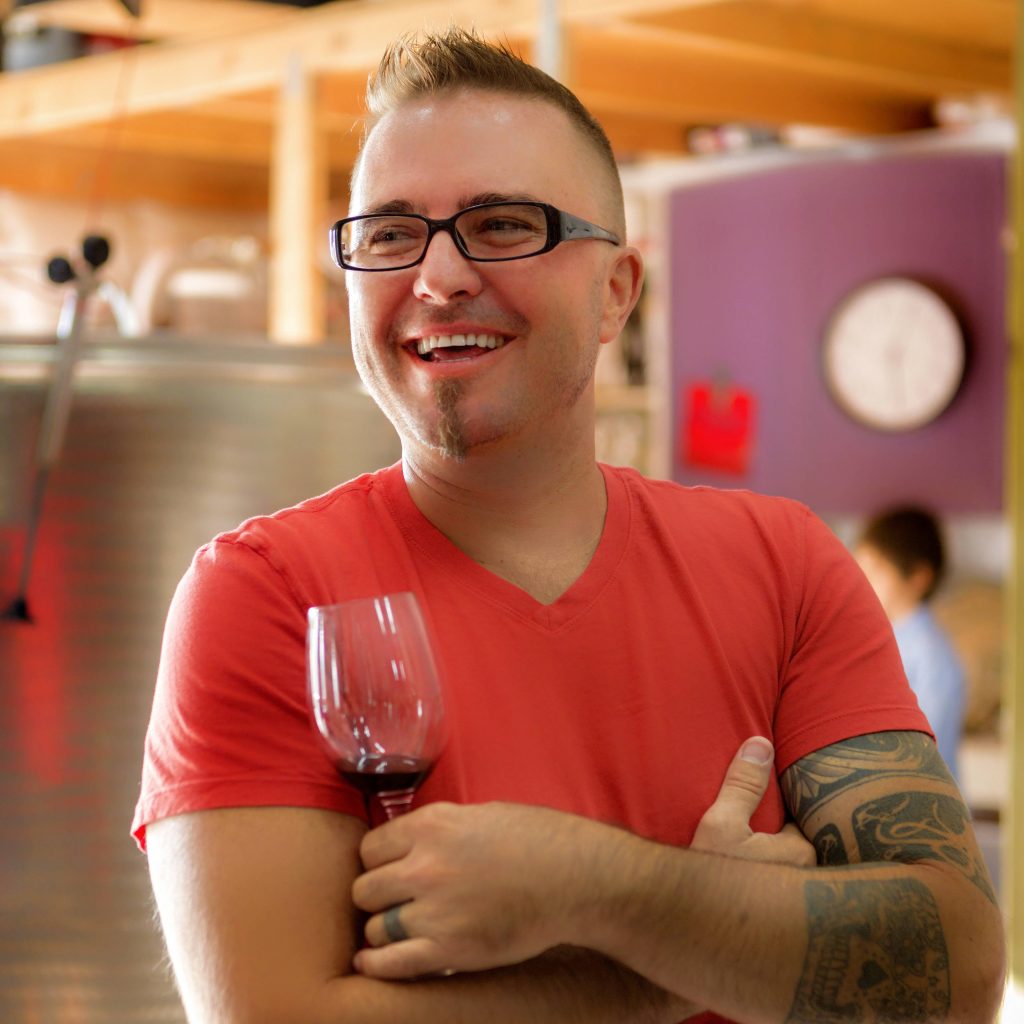 Jesse has been in the wine industry for over 17 years and is a certified Executive Sommelier, applying expertise in viticulture and oenology from extensive continued education while also finishing his Winemaker Certification from UC Davis. His thirst for knowledge has resulted in travel to wineries around the world in which he garners tools of other regions which he applies to his nationally recognized wines. 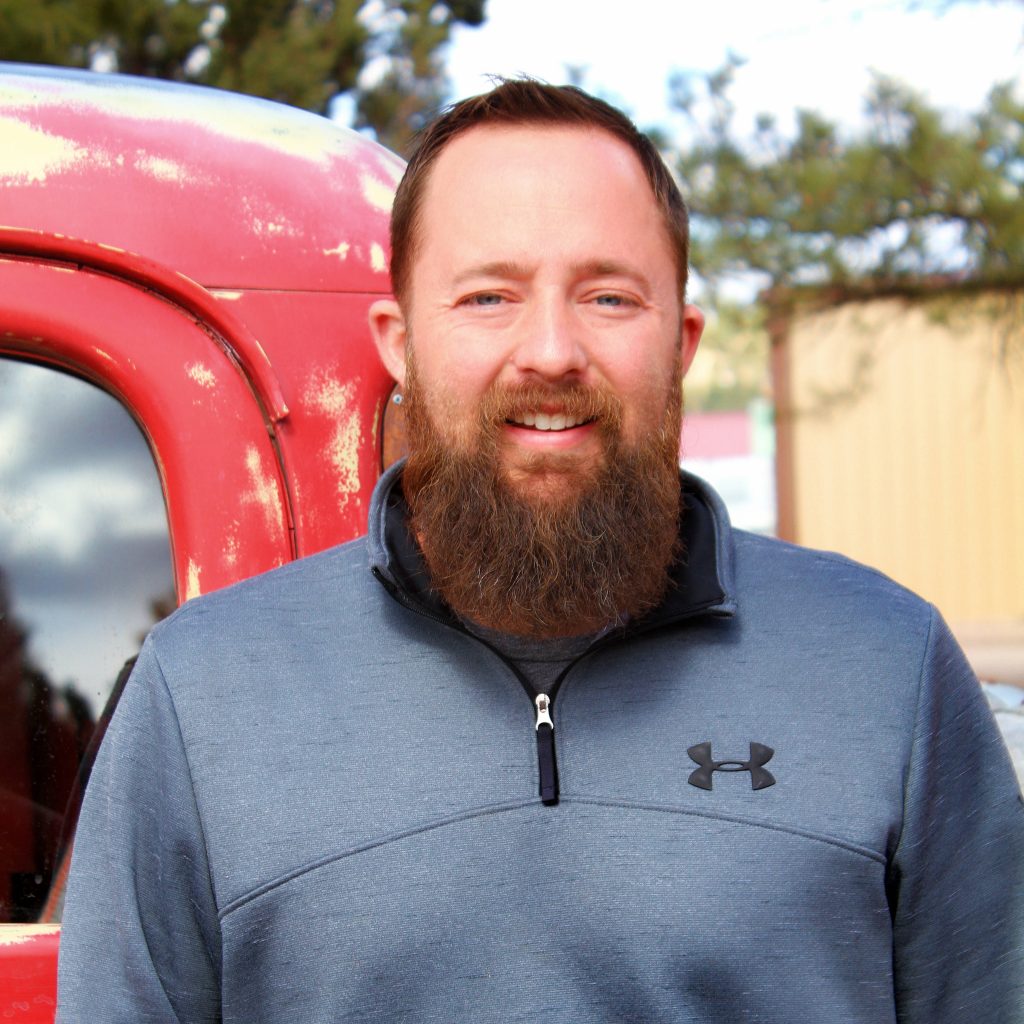 Jasper Riddle is the winemaker and the owner of Noisy Water Winery in Ruidoso, NM. Riddle has been around winemaking his entire life. He has grown his business from five to over eighty employees, expanding Noisy Water Winery to locations across the state of New Mexico on top of opening up a new winemaking facility & a wedding/events center. In 2017 he was awarded with SBDC Star Client Award, SBA Business Achievement Award, NM Business Ethics Award Finalist. Riddle’s hard work was recognized as New Mexico’s Small Business Person of the Year in 2018. He was also recognized as nationally in May, when he was awarded with second Runner-Up for National Small Business Person of the Year. He loves the NM wine industry and looks forward to helping take it to new heights. Viva Vino! 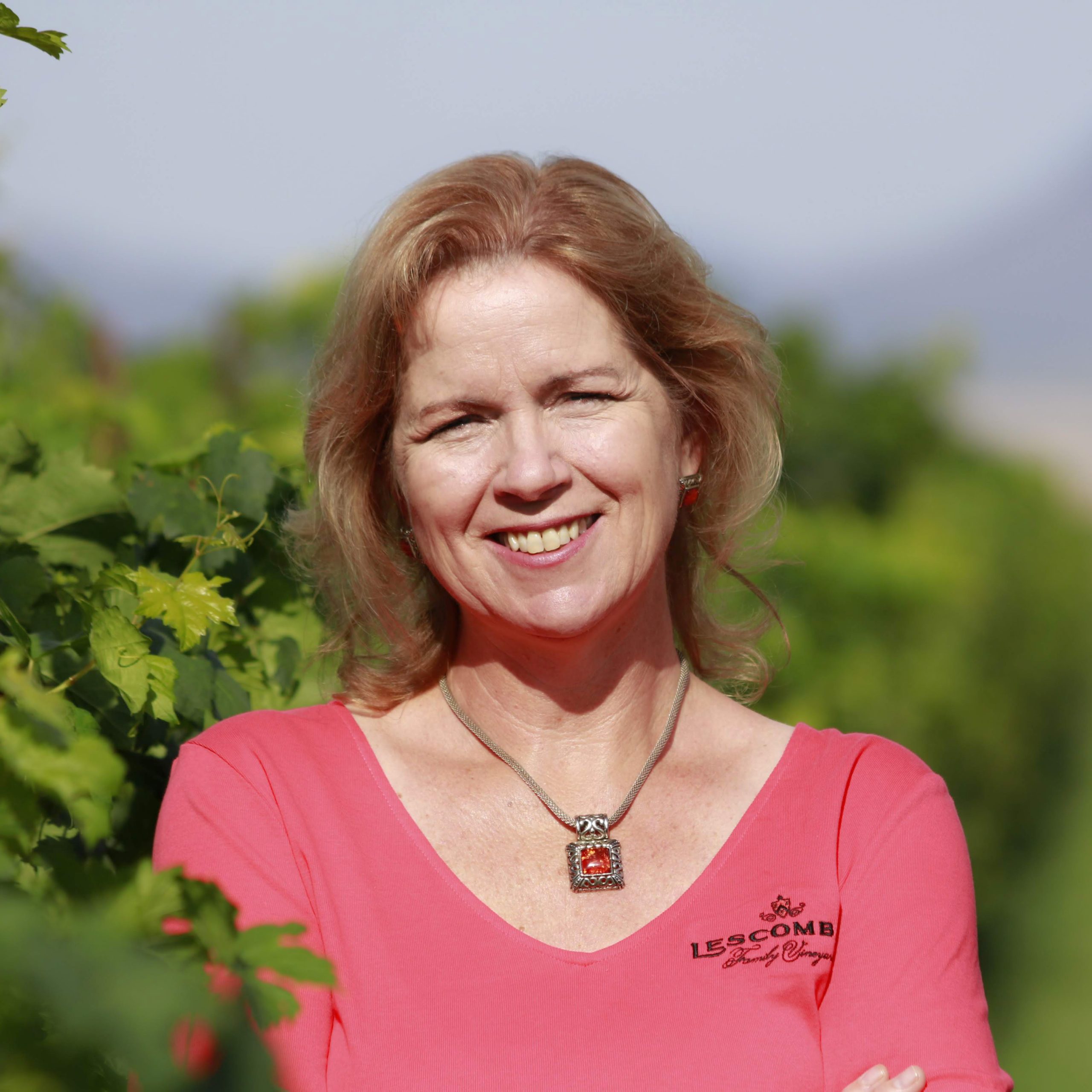 Rebecca Lescombes received a bachelor’s degree in accounting from NMSU, and is a third generation NMSU Aggie legacy. Currently, she concentrates on the finance and compliance areas of the wine business. She has served on the Board of Directors of the Deming-Luna County Chamber of Commerce, the Luna County Tourism Development Committee, and the Libertarian Party of New Mexico; acted as a Boy Scout den leader and soccer coach; and is a member of Silver Spikes, a Luna County lobbying organization. She is a proud New Mexican and boasts a family history on her mother’s side in New Mexico for over 100 years. She makes her home in Deming, New Mexico, with her husband and 6 children. In her spare time, she can usually be found in her spare time reading, learning French. 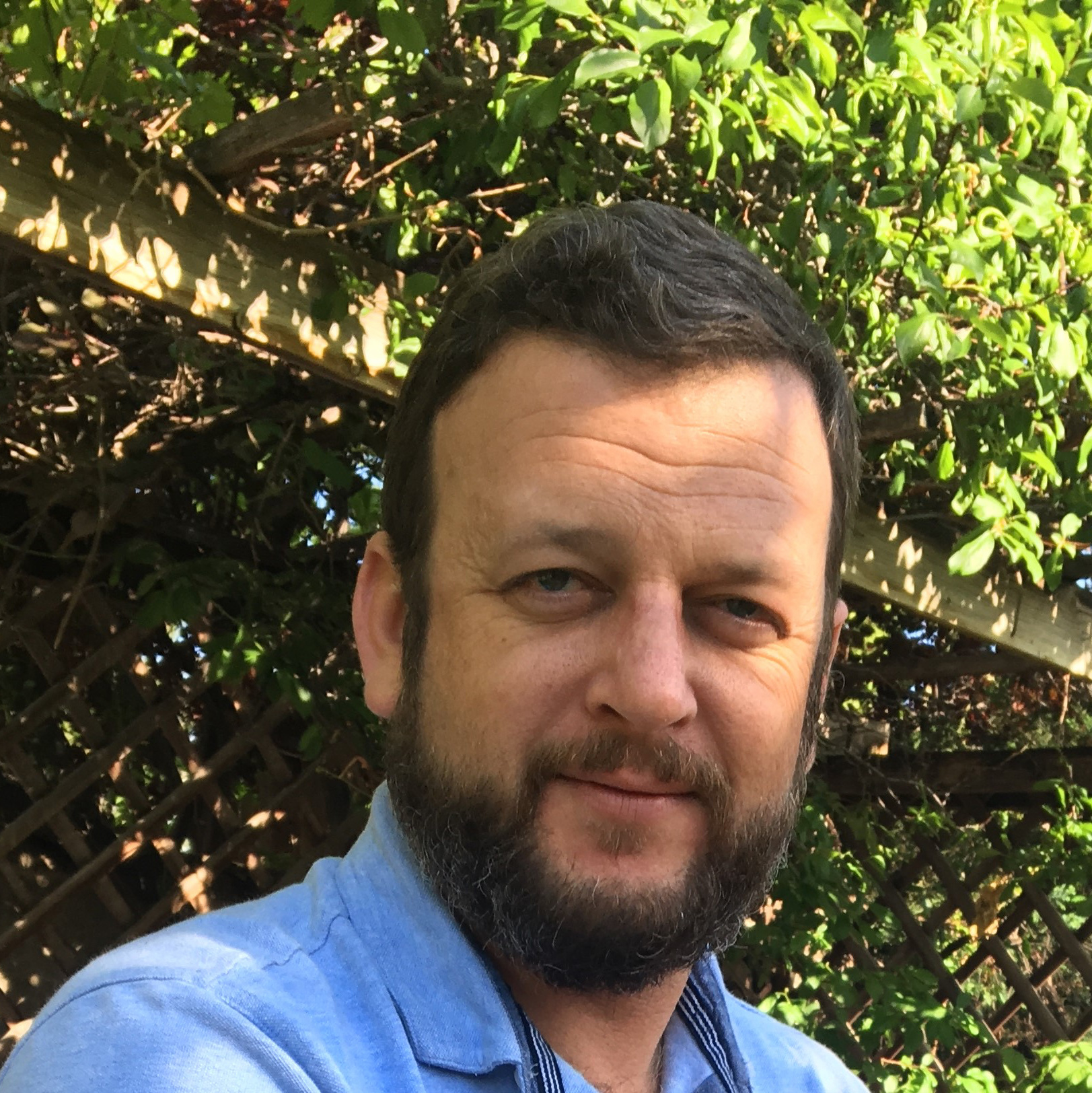 Jeremiah is currently the winemaker at Corrales Winery.  He has worked at several wineries in New Mexico and has both viticulture and winemaking experience from Napa Valley, California and his travels abroad.  As a New Mexico native, Jeremiah is dedicated to the New Mexico wine industry and is the serving president of the New Mexico Vine and Wine Society.  He has over 13 years of viticulture and enology experience including a Master’s degree from the University of California at Davis. 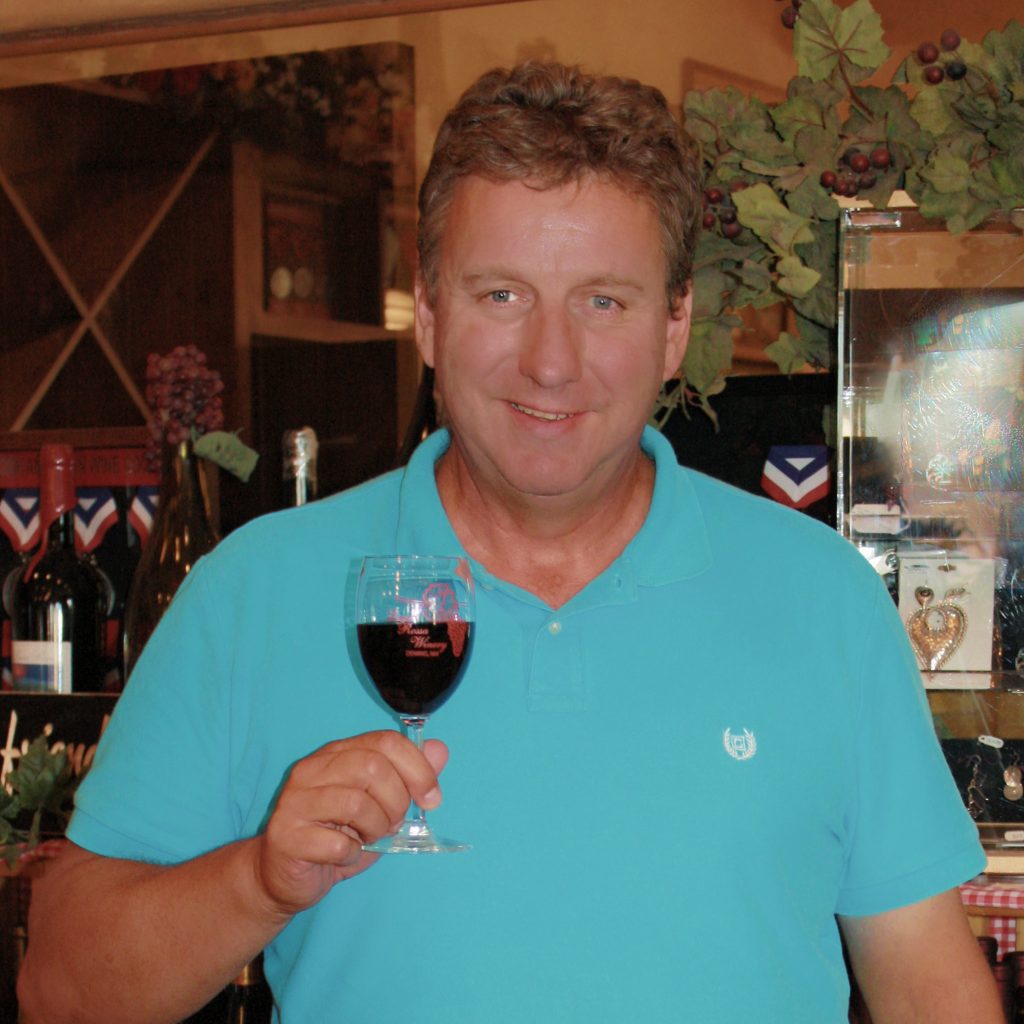 Paolo comes from a heritage of four generations of wine growers. Paolo graduated from the College of Viticulture in Spilimbergo, Italy, with an expertise in plant grafting. This unique skill moved him to the US with a company operating a 300 acre vineyard, the largest in the state. Still managing the states largest vineyard, Paolo also opened his own vineyard and winery with his wife, Sylvia and manages all three simultaneously. This combination has given Paolo 23 highly successful years of experience leading a very crucial enterprise in our industry. 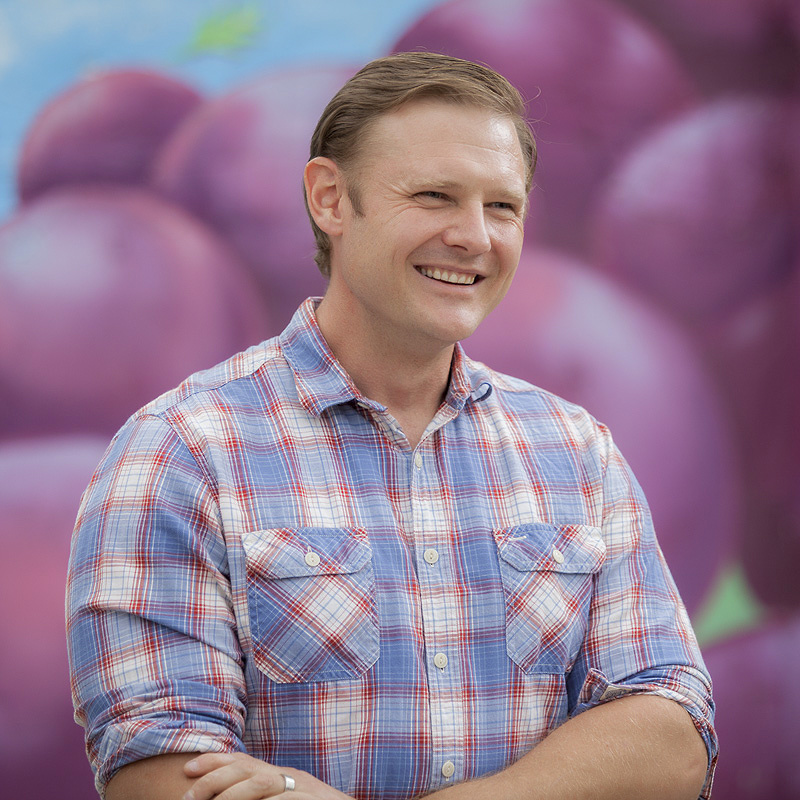 Sean has been a part of the New Mexico wine industry since 2005, with his first harvest coming at Casa Rondena.  He worked for many years as assistant winemaker and eventually head winemaker at Tierra Encantada, as well as being an integral part of the New Mexico Vine and Wine Society.  He is a frequent speaker at the New Mexico state educational conference, and is always excited to share his insights and discoveries from both the vineyard and the winery with amateurs and professionals alike.  Opening his own winery in 2015 was a dream come true for Sean. 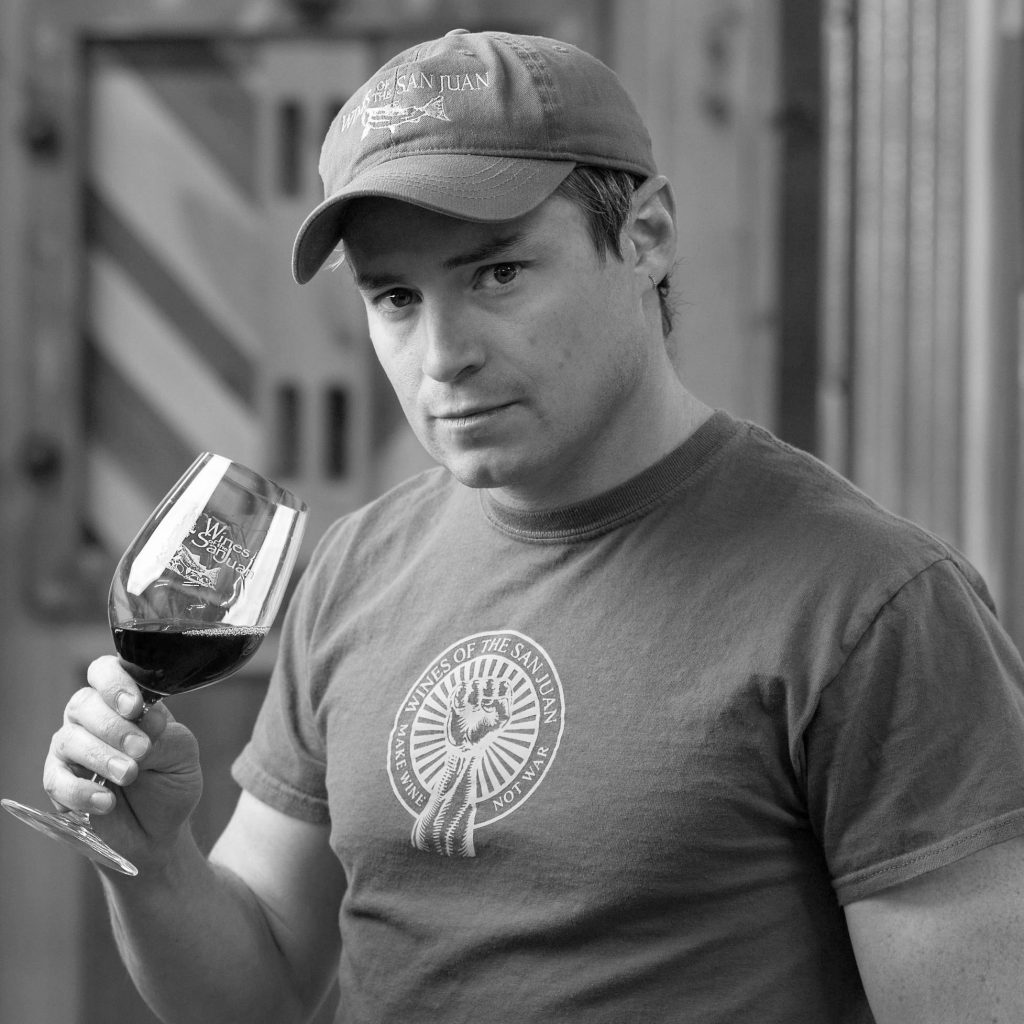 Wines of the San Juan

Joshua’s journey into winemaking began in 2001, when his parents purchased a plot of land in Turley, NM and set out to create Wines of the San Juan.  With his father as mentor, he apprenticed as assistant winemaker until 2013, and through the years, the team earned recognition both nationally and internationally for their wines.  He assumed the role of head winemaker in the spring of 2013, and has since been awarded many medals for his wines at international wine competitions, such as the San Francisco Chronicle Wine Competition and the Finger Lakes International Wine Competition, as well as receiving 90+ point ratings from one of the world’s most influential wine critics, James Suckling.  With his robust, fruit forward wines, Joshua is passionately producing a high quality product for the New Mexico wine industry. 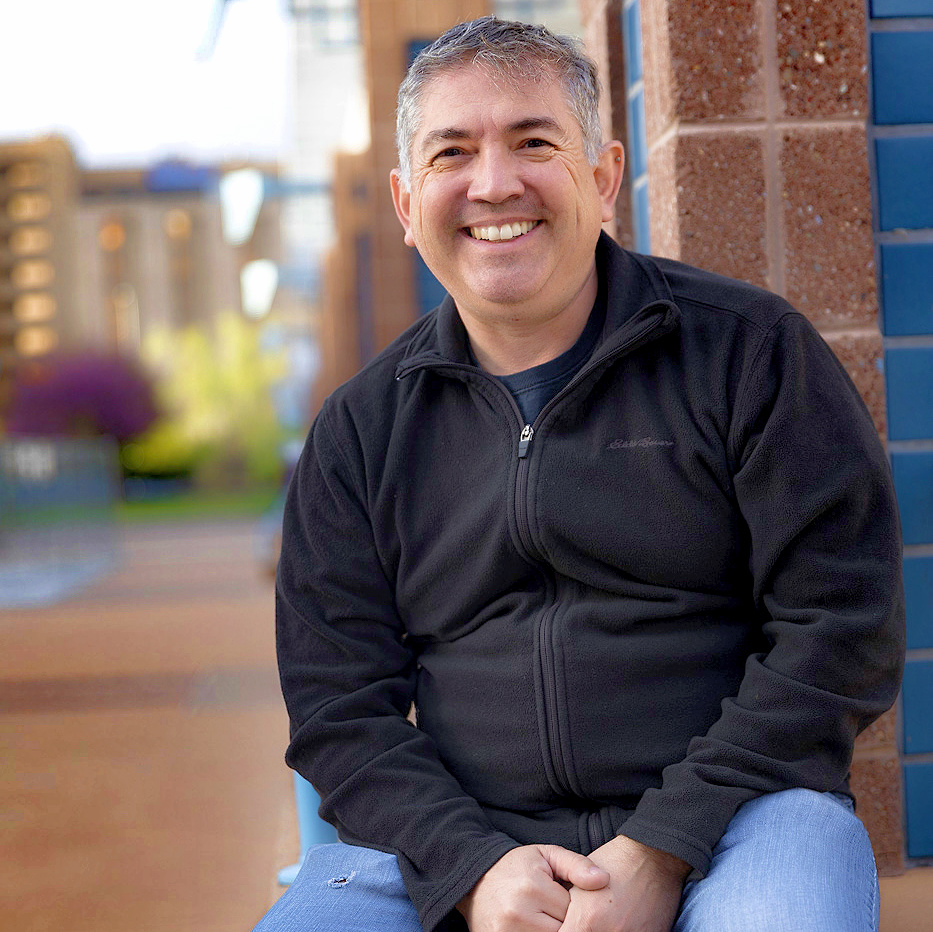 Sam is a native New Mexican and is co-owner and wine makers at Las Nueve Niñas Winery in Mora, New Mexico. Las Nueve Niñas Winery is in its fourth generation of development and is owned and operated by the Aragon family from Northern New Mexico. Las Nueve Niñas winery and vineyard is at 7600 feet in elevation which creates a micro climate found nowhere else and is nurturing their hybrid varietals to create unique white, red and fruit wines that are indigenous to the region and culture. Sam and Las Nueve Niñas strives to create unique and surprising flavors that honor the underlying fruit and traditions of the past using postmodern, hand crafted wine making practices that are truly New Mexico.Always looking for adventure, Sam is apt to show you the adventure that New Mexico’s wine will lead you through. 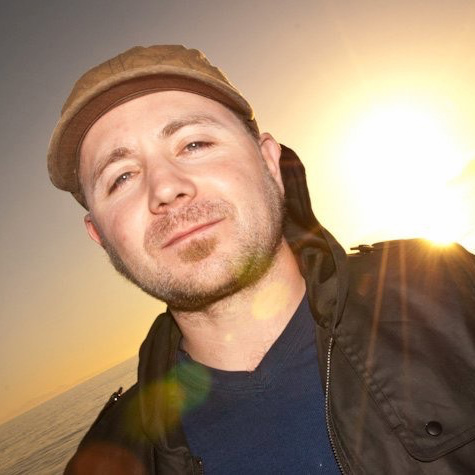 Nathan was born and raised at La Chiripada Winery and seasonally worked there until he was 24. He then popped over to New Zealand to follow a career in Visual Effects for 15 years. During that time, he had the opportunity to travel to many countries and of course drink wine from all over. He has a well-rounded understanding of wine-making processes having spent time with different winemakers in New Zealand, Australia, France, Italy and Chile. He is now the second-generation winemaker at La Chiripada Winery. In the 2 years of being back he’s already made several award-winning wines and is very excited about the industry in general. He feels wine flows in my blood.